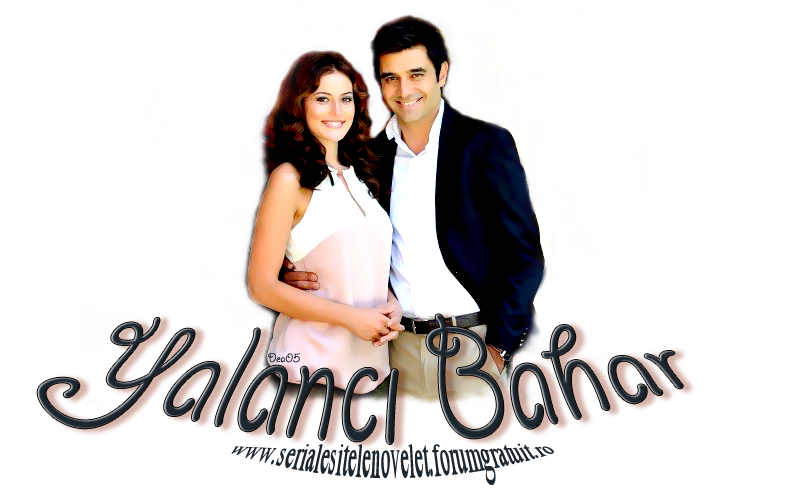 The new serial “Yalanci Bahar” being produced by Gold Film & tarring Fahriye Evcen & Cansel Elcin will take place in the Mansion used for two years in the serial “Ask-i-Memnu”.
The serial “Yalanci Bahar” will be shown on Star TV and will star Fahriye Evcen, Cansel Elcin, Serhan Ercan, Ayda Aksel & Cevdet Aricilar. Along with its st...rong cast of performers the choice of the mansion is also attracting attention. In the serial Fahriye Evcen and her husband Golden Orange Award winner Serhan Ercan will be the so called owners of the mansion. The mansion previously used in the serials “Bir Istanbul Masali” and for two years for two years with the serial “Ask-i-Memnu” as the home shared by the performers Beren Saat and her husband Selcuk Yontem. The mansion located on Sariyer Piyasa Caddesi, is owned by Rahmi Koc. The mansion will be one of the areas were taping will be taking place. The mansion is three stories, with 10 rooms. The rental for the mansion used to be $6,000 for this new serial the rental will be $20,000 or the equivalent of 35,000 TL.
The screenplay writers are Ozlem Dumludug & Nil Gulec Unsal, the director is Serkan Ipekoren, the scenario is promising to be a success.
Synopsis:
The character portrayed by Fahriye Evcen becomes the daughter-in-law of a well to do, very well respected family. She is also a mother. However; in her previous life she was a con-artist with her lover portrayed by Cansel Elcin, she has put that life behind her and started anew. But when her previous lover is released from prison he tracks her down and turns her life upside down.
Zeynep, having made a mistake in her previous life, now is living with the nightmare but the unreality of her life won’t last long.
Evcen who is currently still enrolled at Bogazici University plans on continuing with her education while starring in the serial.

Serkan Ercan has been added to the cast
Serkan Ercan has been added to the cast portraying the character of Fahiriye Evcen's husband. Last year he appeared in the moive "Gise Memuru" which was directed by Tolas Karacelik, and for which he was awarded :The Best Actor award at the "Altin Portakal Film Fesitval"
Fahriye Evcen claim to fa...me was for her portrayal of Necla in the serial "Yaprak Dokumu" which aired for five years. This is her first leading actress performance and filming on the serial "Yalanci Bahar" is scheduled to start next week. Evcen's ex-love and in the role of the evil character will be Cansel Elcin.this is the first time Cansel will be appearing before his fans portraying an evil character. The search continued for the performer who would be portraying the character of Evcen's husband. The production company Gold Film & its owner Faruk Turgut, have come to terms with an actor who was most recently in the movie "Gise Memuru" directed by Tolga Karacelik, and the winner of the "Altin Portakal Festival" "Best Actor" award Serkan Ercan. The director for this new serial will be Serkan Ipekoren who most recently directed the serial "Gonulcelen", the screenplay writers are Ozlem Dumludag & Nil Gulec Unsal.
THE PAST WILL CONTINUE TO HAUNT HER
The synopsis of the serial "Yalanci Bahar" is that the character portrayed by Fahriye Evcen was previously a con artist with her ex-lover portrayed by Cansel Elcin. Evcen ends up conning her lover as well and has him sent to prison. Afterwards thinking that her past is behind her, she starts a new life and marries the character portrayed by Serkan Ercan. But that happy new life comes to an end when her ex-lover is released from prison. The ex-lover filled with rage of revenge is going to turn her life into a nightmare. The filming of the serial will start in Bodrum and also included renowned performances by Ayda Aksel & Cevder Aricilar. Fahriye Evcen has dyed her hair a shade of red for this production, and will debut her new image for this serial.
Elcin's remarks on this new type of character portrayal are as follows: "Every performer in their career wants to portray different types of characters. Every performance I have had to date holds its own significance to me. This new character portrayal is something I have never done before therefore I am very much excited. Plus with the announcement of this character portrayal receiving the support of my fans and made me very very happy".Vezi mai mult