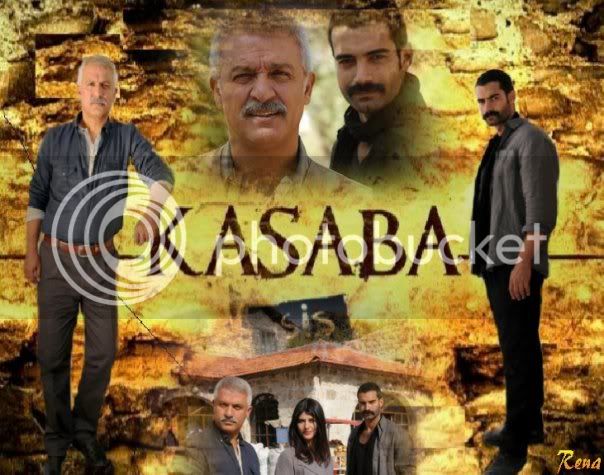 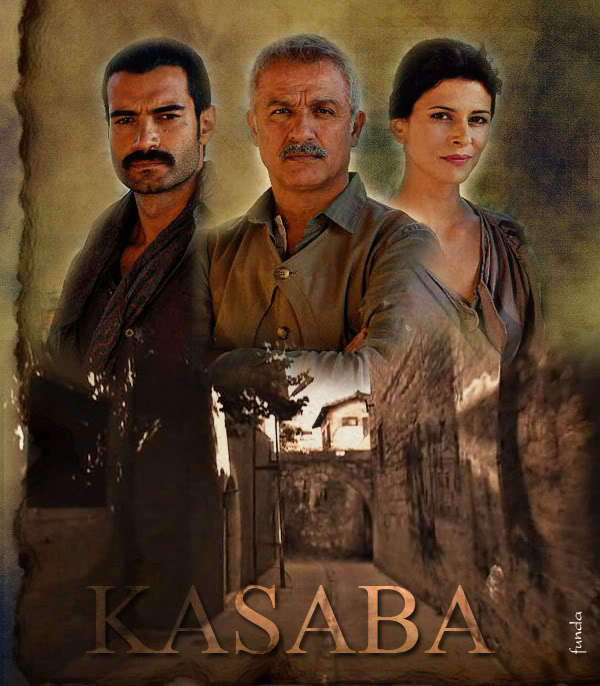 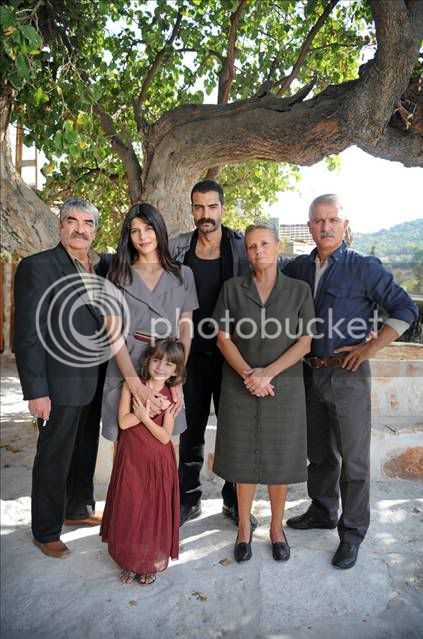 As I said before, I don't watch this show. I made a translation for you from the summary released by the channel...


Mümtaz offers to buy the house and the land. Yağmur does not accept this immediately. Haydar and the other workers become sad that the house will be sold. Ekin does not want to leave the house, Haydar and her turtle.

The workers learn that because they couldn’t go to their jobs on time, they lost their jobs. When their wounded friend gets well, some of the workers have to return back to their homes empty handed, with no money.

Mustafa, Seher’s grandson is having the circumcision ceremony. Yağmur learns that Seher and Mustafa don’t get along well, so she decides to go to the ceremony with Ekin.

After the ceremony, Kadir, Hüseyin and their friends fight with Haydar. A man gets stabs during the fight and Haydar is accused with this stabbing. He can’t defend himself and gets arrested.

Yağmur is very upset that Haydar is put into prison. She gives an important decision that would affect the lives of Mümtaz and other villagers also.

Yağmur changes her mind on selling her property to Mümtaz. Mümtaz will actually try to do his best to find the truth about stabbing.

Yağmur losts the job in İstanbul she was looking for, so now she does not have a job, just like the temporary workers. She offers them to work on her land. Not all of the workers are happy with this offer.

Because of all the tension at the ceremony, Seher and her daughter Nebahat are even more tense. They get together at a dinner arranged by Mümtaz. But the dinner does not go well and the hopes of their relation getting better dies.

Kadir is very angry that Müşerref and Yağmur are becoming friends. Already being abusive, Kadir beats his wife, so she leaves the house. She comes to the Kavaklı Konak (Yağmur’s house). This adds to the tension between the villagers and Yağmur. 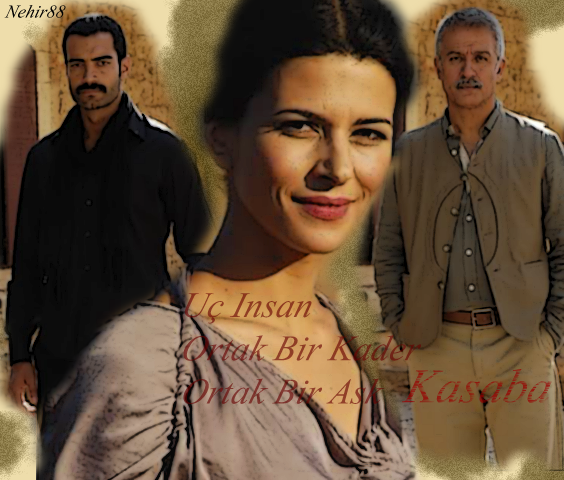 With the sound of the gun shot, the crowd stops for a while. Then it is chaos once more. Because of Müşerref, Mümtaz and yağmur have a disagreement. This eases after Müşerref returns back to the village with Kadir.

Most of the villagers, accept for a few woman, didn’t like that Yağmur let Müşerref stay at her house. With Davut’s orders nobody sells her any tractors in the village. She goes to the city to buy a tractor. But the tractor she buys will cause a lot of trouble.

When Yağmur’s furniture and belongings arrive to the village, everybody understands that she will be staying in there.

When yağmur insists on changing the irrigation channel project, the project comes to a halt. Mümtaz gets very angry at this and faces Yağmur. The discussion they have affects not only them, but Ekin also. So Mümtaz gets sad…

A solution Haydar finds, solves the irrigation channel problem. Haydar and the other workers work all night and solve this issue. But Davut has plans to destroy this. Kadir and the villagers exaggerate the situation and it becomes a disaster.

DANA,
The guy with the grey hair is Mümtaz. Probably he is falling in love with Yağmur. He has some kind of secret (or big pain) from the past. He might have had a relationship with Yağmur's mom maybe. He is very sensitive to Ekin. He might have lost a child... You will understand in the upcoming episodes, I hope... 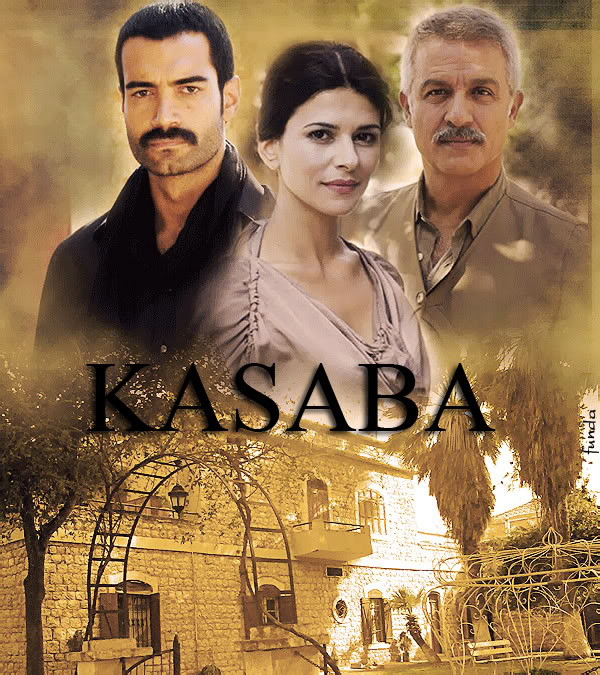 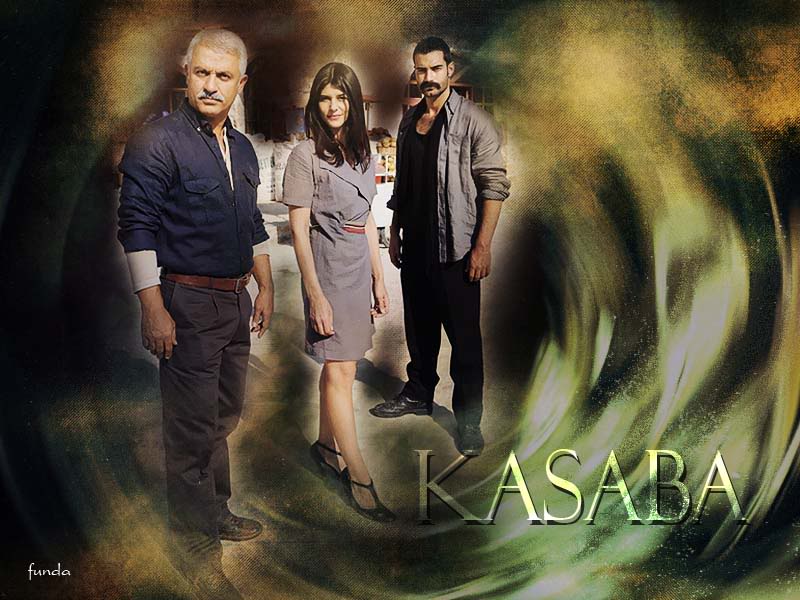 Dearest Dana ,
Tonight I watched Kasaba for you. It was not easy for me as you might expect. Every corner of Kozcuoğlu farm has a great memory of Asi.
The story is very plain... still. Yağmur decided to live in the farm with the support of Talat Bulut(I forgat his name ) Talat Bulut persuaded (somewhat treated her uncle to leave her alone ) her uncle to stop bulying her.Nur sürer also warned his brother (Talat's uncle lives in Daphne!s restaurant ) to act properly or else. His aunt and TB told him that they know who blowed the bridges. He(uncle) acts like he is persuaded though he did not stop any of his malpractice. This time he tryed to persuade villagers to work somewhere else to prevent/stop her work. Luckily one of the villagers wife realized what is going on and prevented it. They decided to continue to work for her.
There is a little competition between Haydar and TB over Yağmur as always. May I make comment on last sentence. To me both man are not suitable for yağmur.
On the last scene of episode, Yağmur was asking a question about her family picture since she saw that the picture has been taken on his garden. As you know he was not ready for the answer.


After that explosion Yagmur gave up on everything, she said to Mumtaz, she is done, and they all won. Mumtaz told her not to give up so easily, and resist; she showed the whole town she is very courageous woman, so on so foth. Then Mumtaz theratened his uncle Davut to make it right again, or he will tell the police to investigate the explosion. That's why Davut sent his men to build the water channel and road over again. Mumtaz also mended the tractor. After then, Yagmur decided to stay.

Davut acts like he wants peace, but of course, he has his own plans. He gave money to one of the workers in the Haydar's crew, and arranged a job in a different city. That worker acted like he himself found the job, and said it was a very-well pain one, and they should all go. Haydar said no, most of the others accepted it. But the wife find money and pushed her husband to tell the truth and then threatened him to make everyone go back to ranch.


Yagmur was actually born in that town, and lived there untill her mom's death. But she rarely remembers anything. She wasn't aware that the flashbacks she has are real. She thinks that she was born in Istanbul and never came to that town before. But at the end of the episode she sees a picture of her with her mom and sister, and realizes that the background is actually Mumtaz's ranch. She comes to ask what he is hiding from her. They were there before, and it's impossible for him not to remember that.

We don't know much about the past, there are lots to be uncovered. But Mumtaz is like around 13 years old back then. He had some kind of childish crush on Yagmur's mom. Davut is actually the one in love with her; and caused troubles. In the very first episode there was one flashback of a fire at the ranch house, I think Davut is the one behind that incident; and Yagmur's mom probably died in that...

What else . Its apparent that Haydar is in love with Yagmur, so is Mumtaz. But there is nothing other than friendship on Yagmur's side.

As to Ekin, the little girl. SHe is Yagmur's niece. Her mom died of domestic violence. The father is in jail because of this. He also lost all the family fortune on game table.

Seher (Neriman in Asi) is Mumtaz's aunt. She likes Yagmur very much, she is very supportive of her, too. She helped her to get credit from bank this episode.

Davut is Mumtaz's uncle. He doesn't want Yagmur in town. He did very bad things behind her back. He told the town people not to sell anything to them. Most listened to him, and didn't sell anything. Then he provoked those young town men to destroy the water channel they build, so on so forth...

By the way, in this episode we learned that Mumtaz's son died falling into that well, remember he saved Ekin from falling there in the first episode. His wife left him and the town after their son died. Mumtaz is a lonely man with too much pain, he said his life is just in vain after his son'd death. 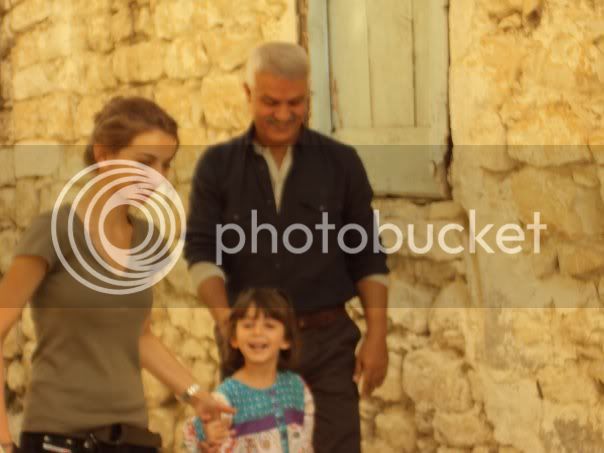