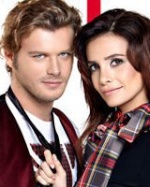 Kerim: That girl, Ozge she knows our story. Fatmagul today the way she looked at me. She knows I am one of the people who harmed you.

Fatmagul: You are not that man to me anymore

Feeling himself helpless against Yaşarans Kerim's anger starts slowly to turn and closes on himself Erdogan, who has gone on a silent war with Resat established himself a trap and learned it hardened even more. while Yaşaran are dealing with domestic issues , Kadir reaches evidence that compress Erdogan in the corner. Fatmagül noticing Kerim's inside growing silent anger is trying to support him. In the meantime, in Gul Mutfag Fatmagül can not remain indifferent to the suffering of the mother who came to her for help, she learned the story of Özge and decided to speak with her. Kerim also influenced by this encounter in a different way. Erdogan again in a re-narrowing circle, also begins to attract Mustafa. Mustafa understands he's trapped and decides to use the only way out. financial difficulties Fatmagül and Kerim, When a new trouble is added, Ozge's voice is a new good news of hope, and will be the beginning of a new struggle.