In Conversation with Akshay Dogra

Top 10 Best and Most Watched Popular Hindi Serials
Hindi Â serials are not only popular among Indians but are being watched round the world. The creative stories and the dramas are being watched inÂ leisureÂ hours and serve as an entertainment purpose in most Indian households. There are over 500 Indian daily-soaps currently running the Indian TV industry and new serials are coming every now and then.

I decided to compile a list of the most popular and the top 10 Hindi Serials (randomly ranked) currently which keep the viewers glued to their TV screens.
Top 10 Best and Most Watched Popular Hindi Serials

This Indian daily soap airs on Zee TV channel. The show started in early 2012, it has completed close to 300 episodes. Â The plot revolves around two individuals Aaarti (being played by Kratika Sengar) and Yash ( played by Gurmeet Choudhary) both single parents who get married to each other after being persisted by their parents. The story shows how they fall in love with each other despite all the odds. This hindi serialÂ gives tough competition to Bade Ache Lagte Ho which runs on Sony TV in the same time slot.

Gurmeet Choudhary (Yash Scindia, Punar Vivah) Gurmeet's look in his current show seems like a replay of his previous look (Mann Singh Khurana in Geet...Hui Sabse Parayi) — he wears waistcoats with shirt sleeves rolled up, hair neatly combed, a smirk and an arched eyebrow in most scenes.

Kratika Sengar (Aarti, Punar Vivah) Kratika Sengar likes to keep it simple and doesn't experiment much with her look. The pallu on head makes an occasional appearance, while the mangalsutra and flowing hair are constant.

Punar Vivah Yash & Aarti in tension, Ishita try to get Yash back

News has just come in that Zee TV’s show based on remarriage, Punar Vivah (Shashi Sumeet Mittal Productions Pvt Ltd), is all set to bid adieu to its fans in the month of June, 2013.

Our very credible source shared this with us: “First of all the story is coming to its logical conclusion. But the show’s lead Gurmeet Choudhary’s (Yash) differences with the makers can also be one of the reasons for the show’s demise.”

“It is believed that Gurmeet used to come late on the sets and was focused more on his upcoming film project. Furthermore, he took up Nach Baliye (Star Plus) without informing the makers of Punar Vivah. Hence, the creatives of the soap was chalking out a plot which would have seen Yash’s character being eased out, marking the end of Gurmeet’s role,” said the same source.

So what really happened? Hear it more: “Before that could happen, Gurmeet decided to walk out of the project, hence bringing the show to a closure.”

An actor from Punar Vivah, on grounds of anonymity shared with Tellychakkar.com, “I have heard about the show going off-air. It is expected that we will be informed by the channel in a day or two. And yes, Gurmeet having issues with the production house is also something which has been in news on the sets.”

We texted producer Sumeet Mittal, but he was stuck in a meeting and said will get back later.

Gurmeet, on hearing our query, said, “Not heard any such things of the show going off air so far. On the contrary, I am enjoying being a part of the project.”

When we again texted him to learn more on his alleged differences with the makers, he chose not to revert till the time of filing the story.

We also called up a Zee official, who chose not to comment.

Gumeet happy about Punar Vivah not going off air!
The news of Punar Vivah going off air caught everyone by surprise and more so that Gurmeet was the cause for it… here Gurmeet and Producer Sumeet Mittal clear the air. 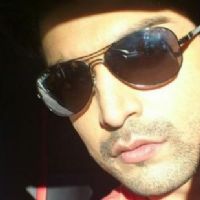 Rumor mills were working overtime today since the so called news of Zee TV's Punar Vivah going off air started doing the rounds. Everyone started blaming the main lead Gurmeet Choudhary to be the main cause of the show coming to an end due to the so-called creative differences between him and the producers Shashi Mittal & Sumeet Mittal.

A close friend of the couple Gurmeet Choudhary and Debina Bonnerjee Choudhary said on conditions of anonymity, "It was very upsetting for Gurmeet to handle such false accusations which went on to saying that Punar Vivah was coming to an end just because he was not able to give enough time to the show. Gurmeet is an extremely hard working actor who lives and breathes work. Even Debina is understanding and never nags him to spend time with her if it compromises his working time on the show."

When asked about Gurmeet getting busy with Jhalak Dikhla Jaa last year and Nach Baliye – Sriman v/s Srimati this year, our source rubbishes it all, "Being the main lead Gurmeet knows that his first priority is Punar Vivah and he shoots for them for 12 hours and only after that does he give time to any other work that comes to him. He has thus worked for more than 20 hours in a day leaving him no time to relax or sleep. He is compromising on his personal life and health too. Just like a fish cannot survive without water, Gurmeet cannot survive without work. Last year when he did Jhalak the TRPs of Punarvivah were good and now when he is doing only 3 weeks of Sriman v/s Srimati he is being blamed for low TRPs! How can TRPs depend only on one lead actor?"

We also tried getting in touch with the producers and Sumeet Mittal ultimately reverted with a text message reply saying, "Punar Vivah is not going off air. And Gurmeet n we are very much comfortable with each other. No differences at all."

Gurmeet who has so far been quiet over the matter too spoke to TellyBuzz and said, "I am happy that the show is not coming to an end and that Sumeetji too has spoken about it. I was naturally very upset when these false reports started coming in the papers as I have always been very professional. I was hurt because for the last five years I have build a reputation of being extremely hard working and I silently enjoy this reputation. And I was also worried for my fans who were calling me and asking me what went wrong? They were equally upset with the producers and the channel for my sake which shows how much they love me and the show. I would like to thank my fans for all the support and it is there love which keeps me going."