Episode starts with Arnav blocking Khushi’s way and they two looking at each other and smiling. Arnav says to Khushi, wow you can be shy too. Arnav goes forward to her but Khushi goes back. Arnav says it’s time to stop going back, when he comes close. And in fact, she will have to learn to go forward with him. Khushi smiles. Finally Arnav let her go. He says in his mind, that’s all he wanted, a smile on Khushi’s face.

In kitchen, a servant comes with plate and Khushi asks Anjali didn’t eat? Servant says he took food twice but she didn’t eat. Khushi then asks where is Nani and he says she has went to temple. Khushi then takes plate from him and goes to Anjali.

Anjali in her room is looking at her and shaym’s photos. Khushi knocks but Anjali says she doesn’t want to meet anyone. Khushi still comes in. She says she knows Anjali has got hurt and it’s obvious.. whatever has happened is because of Khushi and she tells her not to take out her anger on food. Khushi says Arnav gets very sad seeing Anjali like this.

Anjali doesn’t say anything and just looking at photos. Khushi says to Anjali she can’t punish herself like this and then reminds her about child and says to eat for child at least.

Khushi says to Anjali, you wanted a daughter who bring happiness in your life right? She says to forget whatever happened with Shyam, it was past but future is with this child. New life is waiting for Anjali and she says just to think about her child and take care of herself. Khushi then leaves. Anajli then puts her hands on her stomach and cries.

Aakash and Arnav come from outside and Arnav says he took doctor’s appointment of tomorrow. Arnav says him, he doesn’t think Anjali will go with her. Aakash says not to worry, he understands. Aaksh then goes to Anjali’s room but he can’t find her there. and he wonders where did Anjali go?

Khushi comes to Arnav but same time Aakash comes there calling ‘ di , di’. Arnav asks what happened. Aakash says Anjali is not in her room. Arnav says she will be somewhere around here and then they search for her. No one finds her anywhere. Nani asks to try calling her one more time. Nani says what has happened to our family? Aakash is trying to call but no one picks up. Arnav thinks about how Anjali said that she wants to stay alone and asked to leave her alone. More and faster updates only at desitvbox.com. A servant says he saw her going somewhere an hour ago in an auto. Arnav says are you mad or what? How did you let her ago. Aakash cools down Arnav and asks servant if he knows where did Anjali go. Servant says he is not sure as he was far he didn’t listen. Arnav says to Aakash to stay at home and he will go and find her. Nani asks where he will search her in this big city. Arnav says he will find her and bring home safely. Khushi tells Arnav she will go with him but Nani says no and says her to stay at home. Arnav is leaving. Khushi stops and tells him to call as soon as he gets any news. Arnav asks watchman if he saw Anjali. Watchman says he said her that he will get her car but she didn’t listen and says it’s been an hour. Arnav is driving and someone comes in his way and asks for his rent. Arnav says what are you saying? What rent? Then Arnav thinks it must be person who own auto. He says it was some lady who has problems in her legs. Arnav asks where you dropped her. Auto man says will you just keep asking me questions or pay my rent too. She kept him waiting 30 mins and she didn’t even come back. He then tells Arnav, he dropped her outside nursing room.

Arnav then leaves to go there. Anjali is sitting there and still thinking about Arnav’s slaps. Nurse comes there and says doctor is calling you inside. Anjali goes inside. Doctor asks her she came alone today and how is her baby? Anjali says to doctor that she does not want this child. Doctor receives call from Arnav but her phone is on vibration and she doesn’t pick up. Doctor asks what do you mean? You don’t want child meaning? Anjali says she doesn’t want this child and she asks what she will have to do. Doctor says her it’s not that easy and look at you first and asks what has happened to her. She asked about her husband too. Anjali says she’s fine but doctor says no you’re not and you shouldn’t take such decisions in rush.

Doctor says her, I know you very well, you wanted this child and now? Anjali says she has already decided.

At home, they are wondering where did Anjali go in this condition. Aakash is calling everyone and asking but it’s a no from everywhere. Nani says she went to her room last time and then she asks everyone if they went after her. Khushi has worried look. Manorama asks Khushi but Nani says she said no to Khushi so she didn’t go. Khushi says actually she went to her room. Arnav calls and tells Aakash, Anjali went to nursing room. Nani is worried. Aakash says not to worry, Anjali is fine and Arnav is with her. Arnav is coming with her. Aakash says don’t know what happened that Anjali had to go there.

Arnav arrives to hospital now. Doctor is saying to Anjali she is not with her in her decision and it’s against laws too. Anjali says but she has decided already. Doctor says she knows it’s her decision and says before she does anything she needs to talk with her husband and his family too. Anjali says if she doesn’t help her then she will go to someone else. Doctor stops her but Anjali says she doesn’t need any help from her and leaves. Arnav is still searching.

At home, Nani is asking Khushi why did she go to Anjali’s room. Khushi says hariprasad says Anjali hasn’t ate anything and Nani wasn’t at home either so she went to give her food. Manorama says to Khushi, Nani was absent but she was still there or she could tell Payal. Why she had to go herself and says these two sisters only want to see tension in their family. 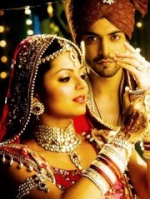 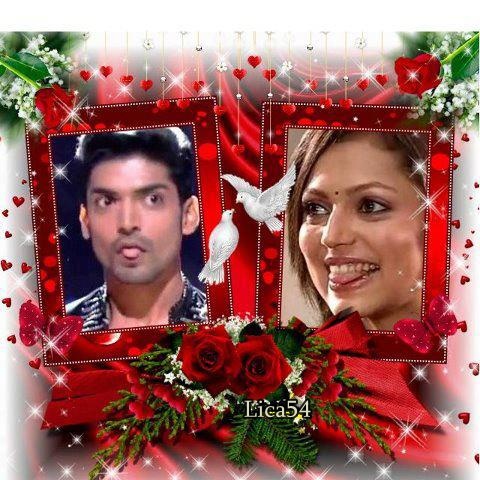