The ardent fans of Gurmeet Choudhary aka the business tycoon Maan Singh Khurana from Geet Hui Sabse Parayi are eagerly waiting for his new show Punar Vivah to be aired on Zee TV.

In the last show, we saw Gurmeet playing a rich and super serious business man whereas in Punar Vivah he will be a complete different man. As heard, Gurmeet is the one who has designed his casual looks in Punar Vivah. Talking about his new role as a designer for the show Gurmeet said, "The idea behind having a different look in Punar Vivah was to create a difference between the two characters. I try my best that every character I play looks different from one another”.

Further on being asked about Geet and the fan following he has earned from the show Gurmeet added, "I think in my case, I have been very lucky as my popularity was never restricted. Even after Geet was wrapped, I got innumerable mails from my fans. Most of the shows go off-air when the numbers start falling, but with Geet it was a different story, altogether. Since the channel was undergoing a facelift, it was called off 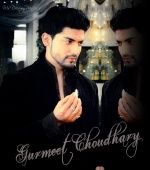