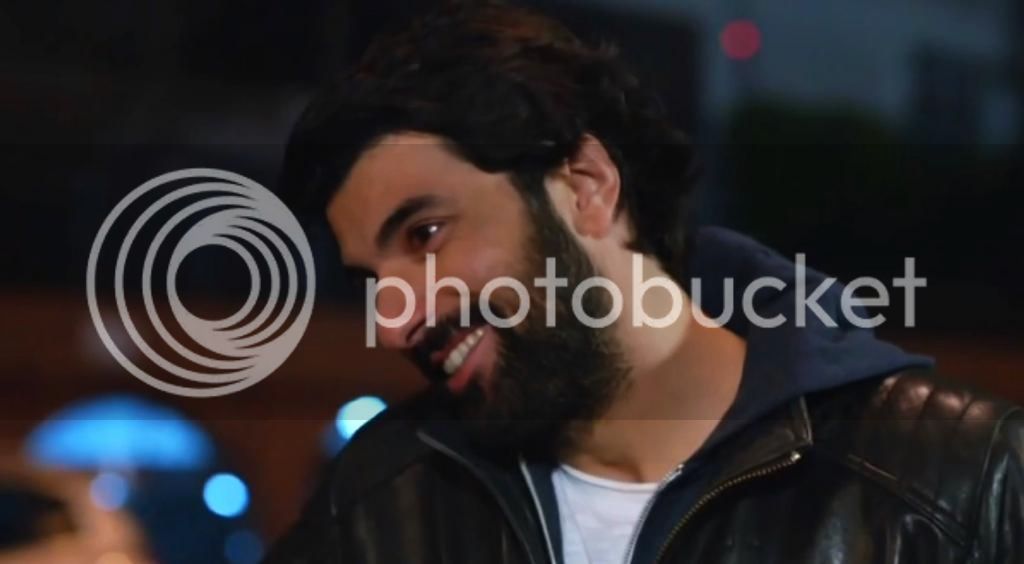 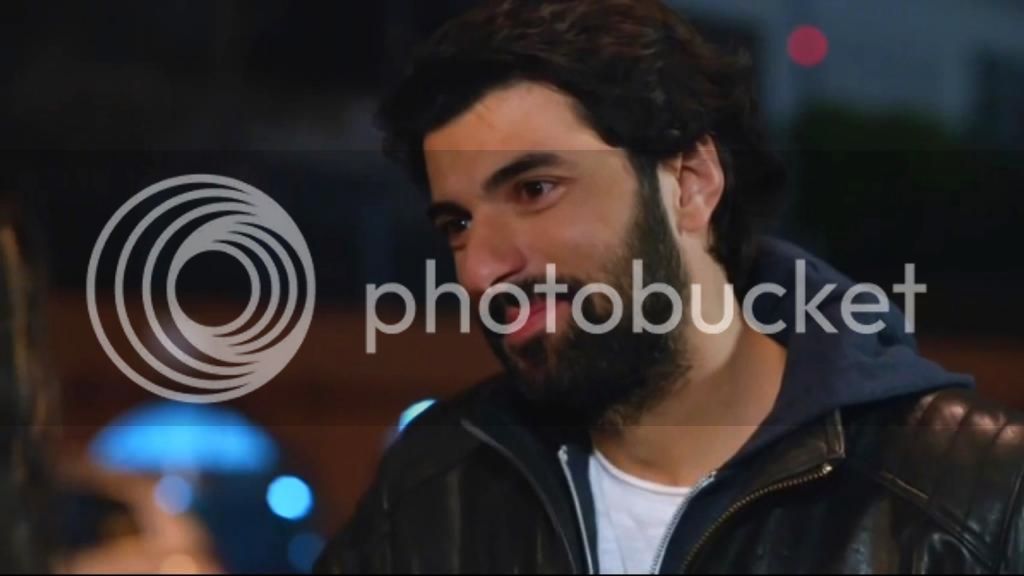 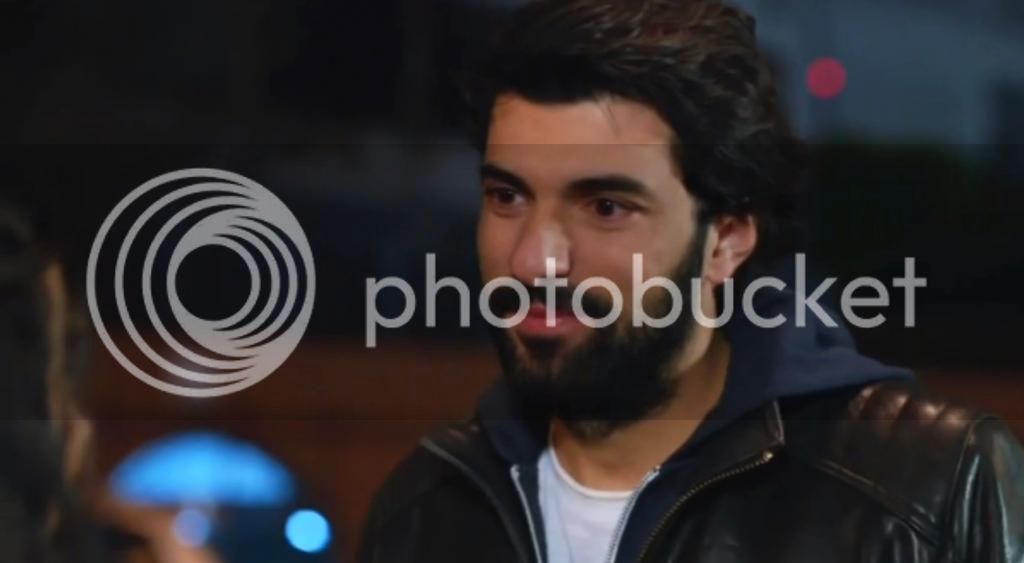 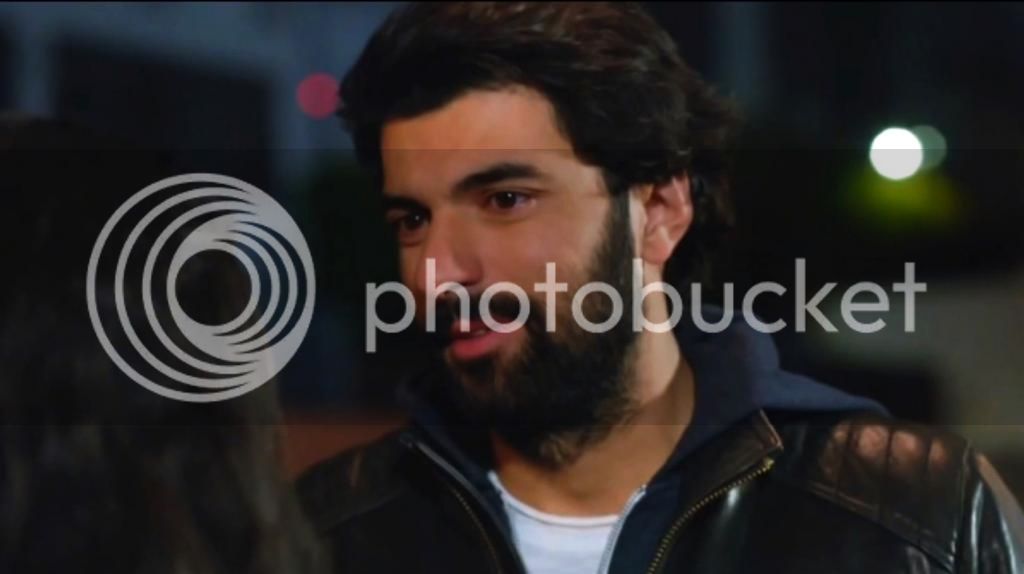 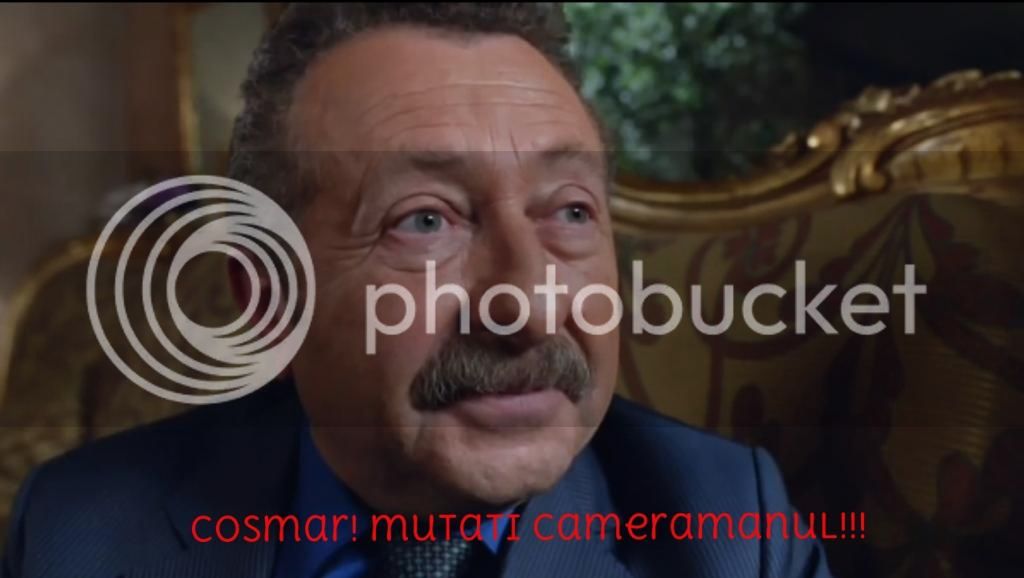 Omer: What happened? As if you were coming from a marathon?
Elif: You're so polite.
Omer: Ok, ok... Sorry Signorina.
Elif: You're back to your old car?
Omer: I'm back, we're back together.
Omer: We're going to tell your parents the truth anyways.
Elif: We will tell...
Elif: This is what you came for, right?
Omer: It seems we traced the diamonds .
Elif: Really? Are you sure?
Omer: Today, someone asked about the sale of large quantities of diamonds without certificates. (Proof of Ownership/Origin )
Elif: I can't believe it!
Elif: Well, who is it? Did you find the diamonds?
Omer: We linked with the jeweler, and besides, I have to figure out whether there is a connection between him and the seller. Do not worry, I'll find the diamonds.
Elif: I'm sure, just as I'm sure of my name. I believe you, Omer.
Omer: I hope I will not jeopardize that trust.
Elif: When I was little.. When I was worried or if something bad happened to me, dad would always support me. These days, a lot of bad things happened to me. I lost my father, I never thought of seeing my sister again. Just when I thought I hit the bottom, you appeared in front of me. You were always by my side. You are reality (the truth). Always being yourself. You're different from me, but your are good for me.
Omer: Did you get a fever? Let me check..
Omer: Have you been drinking? You are not yourself. (As if it's not you.)

Omer: Is your mother is overthere? Did you see anyone? ( :e13714: behind her back perhaps?)
Omer: Aren't we going to tell the truth? No need to pretend/act. (play games)
Elif: This is not an act/a game. (I'm not pretending.)
Elif: It 's the truth/reality.

Kara Para Aşk - 8.Bölüm / Dirty Money Love - Episode 8
Çıtı Pıtı
I was keeping quite since the fourth episode because I didn’t want to ruin the oasis that our members saw after two years of thirst for Engin in the Turkish Desert. I just wrote one long article about what was disturbing me in this series two weeks ago. I still think the same. Therefore, I am not going to repeat myself here again. However, we are here to have fun. So, let’s have fun. I promise you that I’ll be very positive.

(1)I love Metin and Nilu. They are my favorite couple in this series. After watching them, I desperately looked for an oxygen mask at home since the endless love between them was so breathtaking.

I am glad to see that Nilu has no brains at all. Having no reasoning is a great achievement. There was this great quote I saw somewhere: “Some people should come with a *brains not included* sticker.” Whoever wrote this quote, I guess he had Nilu in his mind.

Metin has very good qualities. He is a gentleman. He takes good care of his lady and satisfies her needs no matter what and in any circumstances. However, he failed this time. Although Nilu was ready and very eager to have a sexual intercourse, he said “I don’t want to start our relationship like this” and rejected her. I admire men who respect women.

I believe I was grouchy for the last couple of weeks. Now, I know why. I don’t get up early and therefore, can’t benefit from the early sun light which is very good for seasonal emotional disorders, lessens the stress, and prevents weight gain since it regulates the hormones. I want to feel like a bomb as Uncle Tayyar does. My life is precious and I will not waste it! I will think good things about others and I will help them as much as I can. Thank you Uncle Tayyar for this nice information. You are the man!

Denizer family is very distinguished family; distinguished in selfishness and foolishness. Poor Elif spent sleepless nights living in terror, doing laundry now and then, not knowing how to save her sister, and putting up with Omer’s horrible Italian accent. And what was her sister no-brains Nilu’s reaction when she heard that Elif didn’t mention her kidnapping to her family because kidnappers threatened to kill her? She was very upset and blamed Elif. She was also very upset when her father was dead, thinking that nobody was paying attention to her. Back then, she had blamed her mother though. So, Nilu’s another nice skill is to blame others and she doesn’t know how to appreciate. How about her mother’s and Aslı’s reaction? They don’t even listen to her. As for Zerrin Hanım, getting angry with her new hair style suits her. She can throw her hair left to right, right to left. This nicely accentuates her anger.

However, as a mother, I agree with Zerrin Hanım this time. She has every right to get mad at Elif. In Khaled Hosseini’s Kite Runner book, Baba character explains to his son the only sin in this life. He says: “There is only one sin, only one. And that is theft. Every other sin is a variation of theft... When you kill a man, you steal a life. You steal his wife's right to a husband, rob his children of a father. When you tell a lie, you steal someone's right to the truth. When you cheat, you steal the right to fairness.” By lying, even though her intentions were good, Elif stole her mother’s right to the truth and rob her of her motherhood. Elif’s reactions were purely based on assumptions; she assumed that her mother wouldn’t be able to handle this situation. However, she forgets that Zerrin Hanım is a mother of three and strong person even though she has lived a comfortable life throughout her life because she is rich. And when you are a parent, wearing the cloak of richness or poorness doesn’t matter. Parents are parents and will always be one step ahead of their children since they have more experience in life than their children. She shouldn’t have ignored this fact. Unfortunately, she still keeps assuming and we see this in her hesitation to tell the truth about her fake relationship with Omer to her family.

Although Huseyin’s family seems that they don’t have manners, they have such a good appetite. I guess they have never seen or eaten strawberries and bananas before. I believe Mother Elvan agrees with me on that. At least that’s what I thought when I saw her looks.

I missed Arda in this episode. His absence was very apparent. I believe he became one of the essential characters of this show and I mean it.

In the initial episodes, what I loved about Elif was that she was a tough cookie although she mostly acted based on her instincts; she was quick-thinker and sharp. She caught Omer off guard most of the time with these qualities. I prefer Elif-the-tough-cookie over Elif-the-girl-crying-all-the-time. And Elif is quick in love as well. I loved Elif’s straightforwardness in this episode. She is true to her feelings and doesn’t waste time when she is in love. She is very right. As Nil Karaibrahimgil nicely said in her song, “After all, life is nothing but just a momentary rendezvous.” Sometimes, we waste a lot of time and miss our chances since we overanalyze our feelings. Love is a rare commodity; and when you find it, you shouldn’t miss it. I liked Tuba in the last scene. She was very natural and played it very nicely.

Oh… I almost forgot Omer. I guess it was because this episode was mostly about Nilu. Anyways… Sometimes, when you meet a person, you affect each other very much even though you don’t want to admit it. An invisible tie connects you together. When you look him/her in the eye, you feel his/her soul. Even though you don’t utter a single word, your eyes talk to each other. They tell everything. It is like those invisible wormholes in the science fiction movies which allow you travel in a very short time to far galaxies that are millions light years away; it is kind of shortcut to a person’s soul. You can’t help but feel his/her presence in a very crowded room even if your eyes don’t meet. Tonight when I watched Omer in the last scene; he reminded me that feeling. He has this strange invisible tie with Elif. He doesn’t want to admit it but it is there. Every time he looks at her, he feels that attraction. And boy… I love seeing those feelings in Engin’s eyes. I will not talk about how he reflects all these feelings with his eyes, etc. Many of us expressed that in so many different ways. There is only one thing I will say: It really doesn’t matter how long we saw Omer in this episode. Even brief moments were enough to enjoy his presence. A true actor turns even the shortest moment into a visual feast. And that’s what Engin does. Because he is one in a million, right? *:)

Foot Note: When I review this article from start to end I realized that I’ve written things conflicting with each other. While I was applauding Elif since she followed her heart, I begrudged this Nilufer. When I talked about Omer, I said sometimes there is an invisible tie and undeniable attraction between some people. Again, I found this very normal for Omer and Elif, I thought this doesn’t suit Nilufer and Metin Fatih. Why? Is it because one is good, the other one is bad, one is allegedly “intelligent” and the other one is “featherbrain?” After all, we are all human, aren’t we? And as a member of humankind, our imagination has no borders. This is our biggest advantage (sometimes disadvantage) among other creatures. When our imagination reacts with our hormones, there is nothing we can’t do (I know I am talking like Tayyar). If there is one thing I learned in this life until now, that is: Never say “never.”